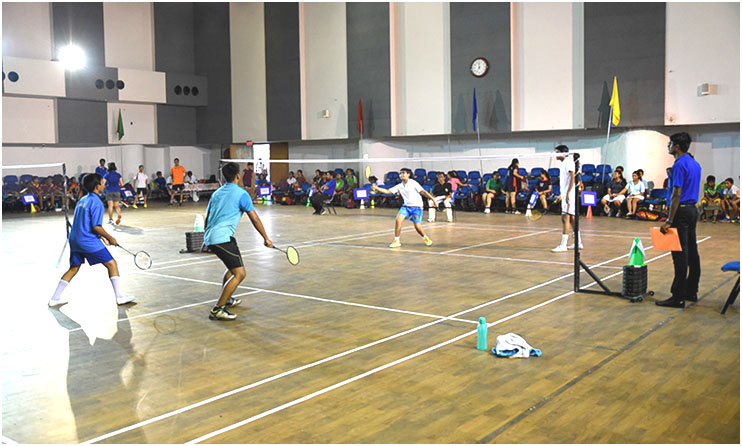 Badminton is a racquet sport played using racquets to hit a shuttlecock across a net. Although it may be played with larger teams, the most common forms of the game are "singles" (with one player per side) and "doubles" (with two players per side). Badminton is often played as a casual outdoor activity in a yard or on a beach; formal games are played on a rectangular indoor court. Points are scored by striking the shuttlecock with the racquet and landing it within the opposing side's half of the court.

North Point Residential School provide best infrastructure for its students to learn and play badminton in school campus to develope their sports activeness.

Karate is a martial art developed on the Ryukyu Islands in what is now Okinawa, Japan. It developed from the indigenous martial arts of Ryukyu Islands, under the influence of Chinese martial arts, particularly Fujian White Crane. Karate is now predominantly a striking art using punching, kicking, knee strikes, elbow strikes and open hand techniques such as knife-hands, spear-hands, and palm-heel strikes. Historically, and in some modern styles, grappling, throws, joint locks, restraints, and vital point strikes are also taught. A karate practitioner is called a karateka.

North Point Residential School provide best infrastructure for its students to learn karate in school campus to develope their self protection. 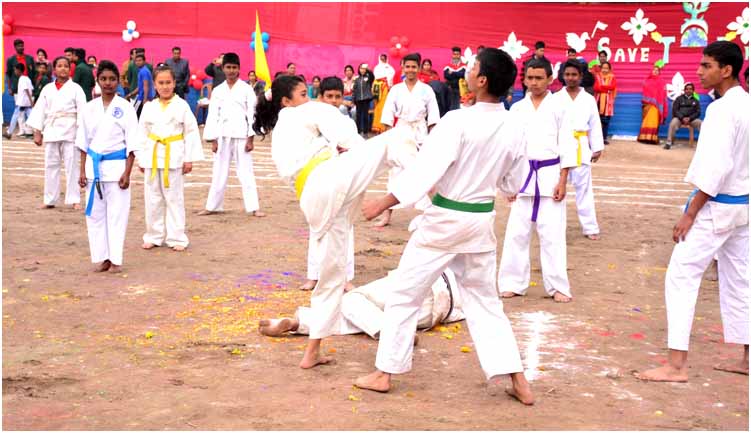 Football is a family of team sports that involve, to varying degrees, kicking a ball to score a goal. Unqualified, the word football is understood to refer to whichever form of football is the most popular in the regional context in which the word appears. Sports commonly called 'football' in certain places include: association football (known as soccer in some countries); gridiron football (specifically American football or Canadian football); Australian rules football; rugby football (either rugby league or rugby union); and Gaelic football. These different variations of football are known as football codes. 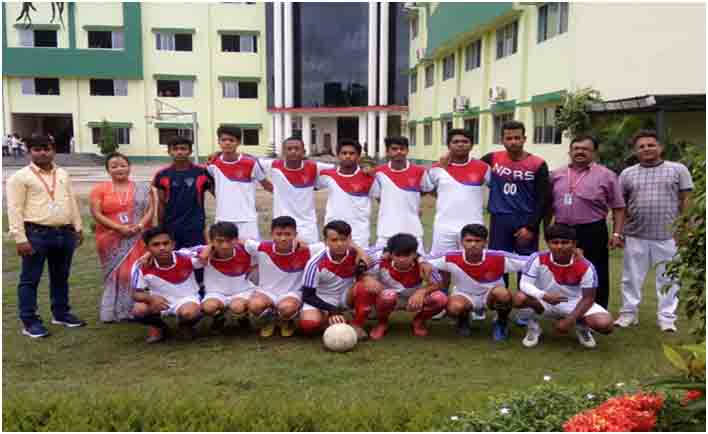 The game of Carroms is believed to have originated from the Indian subcontinent. One carrom board with its surface made of glass is still available in one of the palaces in Patiala, India.

It became very popular among the masses after World War I. State-level competitions were being held in the different states of India during the early part of the nineteenth century. Serious carrom tournaments may have begun in Sri Lanka in 1935 but by 1958, both India and Sri Lanka had formed official federations of carrom clubs, sponsoring tournaments and awarding prizes.

In NPRS children are getting recreation through carrom board during games time and they are also getting chance to show their carrom skills through inter house tournament. 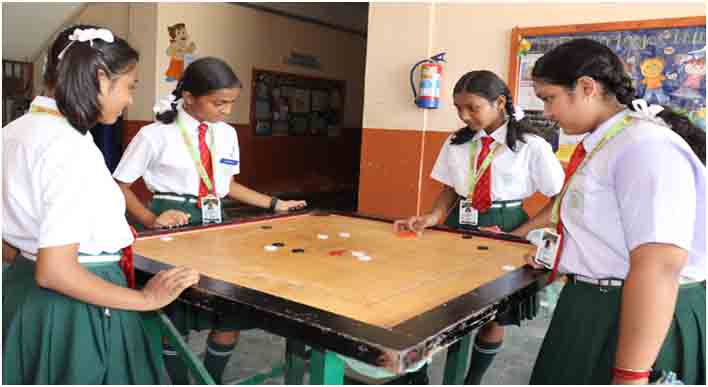 A healthy mind and a fit body contribute greatly in shaping the golden future of a child. Unless the child is made to practice mental exercises in addition to physical exercises as he grows up, he would eventually experience problems such as mental numbness, forgetfulness, loss of concentration, or a whole lot of serious mental disorders like Alzheimer's, or dementia as he grows old.

For long, chesshas been considered as a game played only by intellectuals and individuals with critical thinking abilities. However, the fact is that chess can be played by people of all age groups and mind sets. Chess is extremely helpful in brain development, particularly when it is played regularly from a very early age. In North Point Residential School children are getting ample opportunity to develop their brain power through chess tournaments and inter house matches. 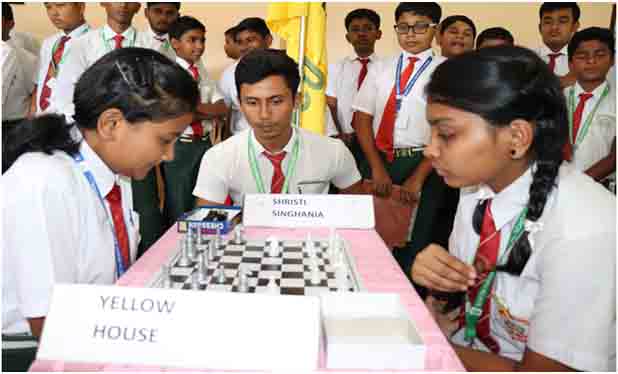 IN NORTH POINT RESIDENTIAL SCHOOL TABLE TENNISCOACHING PROGRAMME IS based on the philosophy that any table can be a table tennis table! The Table Tennis COACHING aims to introduce the sport to the students through a progressive range of fun and innovative table tennis related lessons and activities. 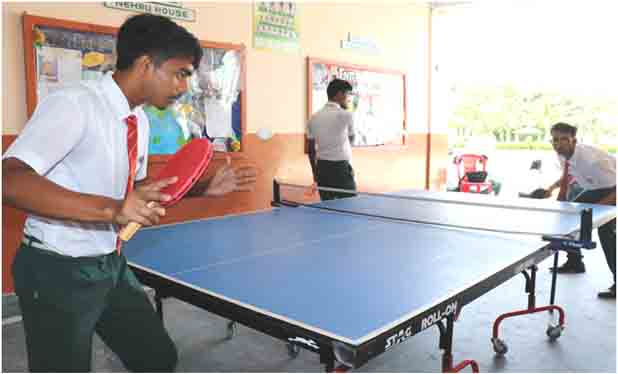 Volleyballis a popular team sport in which two teams of six players are separated by a net. Each team tries to score points by grounding a ball on the other team's court under organizedrules.

It has been a part of the official program of the Summer Olympic Games since Tokyo 1964.North point residential school has recently set up an international standard movable volleyball pole. Apart from that students are getting trained by a highly qualified professional volleyball coach. 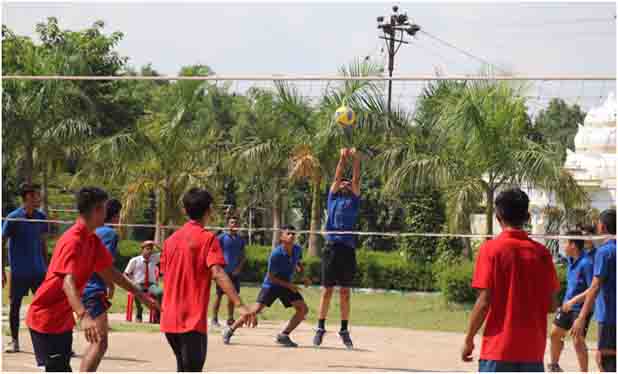